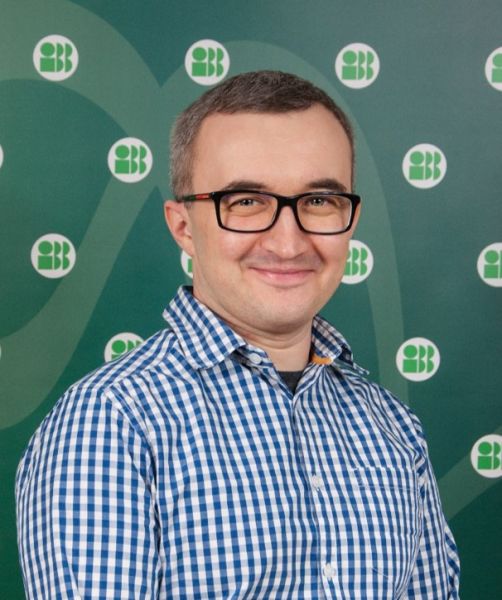 Dr Roman Szczesny graduated from the University of Warsaw in 2004 and joined a PhD programme at the Institute of Biochemistry and Biophysics, PAS. In his thesis he showed that human RNA helicase SUV3 is an essential enzyme for decay and surveillance of mitochondrial RNA (mtRNA). He also described cell death pathways that are activated upon SUV3 silencing. During that time he received several scholarships to work in France and Finland. After obtaining his PhD, he continued to work on mtRNA decay. He supervised the project that led to the identification of the long sought mitochondrial ribonuclease – PNPase, and the discovery of new structures named D-foci where mtRNA degradation occurs. In 2009 he joined Andrzej Dziembowski’s laboratory where he studied mechanisms responsible for RNA surveillance. Having established his group at the Institute of Biochemistry and Biophysics PAS in Warsaw he continues his research into the metabolism of human mitochondrial RNA. His main focus is unraveling mitochondrial gene expression regulation by identification and functional analysis of novel factors engaged in the process. In his research he combines molecular biology, biochemistry and high-throughput methods, including genome-wide siRNA screenings, which provide broad insight into various steps of mitochondrial gene regulation.

Mitochondria are organelles present in most eukaryotic cells that play a vital role in maintaining cellular homeostasis. The function of these organelles depends on the crosstalk between two genomes: nuclear and mitochondrial. Most of the proteins present in mitochondria are encoded in the nuclear genome and are imported into mitochondria upon synthesis in the cytoplasm. Nevertheless, 13 proteins encoded within the mitochondrial genome are essential for human as they are key components of the respiratory complexes. Since human mitochondria seem to have limited possibilities to regulate gene expression by altering the transcription initiation rate, posttranscriptional processes, including RNA degradation, are of great importance for proper mitochondrial and cellular homeostasis. The machinery responsible for mitochondrial RNA decay in humans had remained unknown for many years. We have contributed significantly to the identification and description of the RNA-degradation pathways in human mitochondria. This process, its actors, as well as the consequences of its dysfunction on cellular homeostasis, will be presented.