Towards a HIV cure: in which cells is the virus hiding and how to inactivate integrated HIV genomes | Międzyuczelniany Wydział Biotechnologii UG i GUMed

Towards a HIV cure: in which cells is the virus hiding and how to inactivate integrated HIV genomes | Międzyuczelniany Wydział Biotechnologii UG i GUMed

Strona główna » Działalność naukowa » Invited speakers » Towards a HIV cure: in which cells is the virus hiding and how to inactivate integrated HIV genomes

Towards a HIV cure: in which cells is the virus hiding and how to inactivate integrated HIV genomes

Talk: Towards a HIV cure: in which cells is the virus hiding and how to inactivate integrated HIV genomes 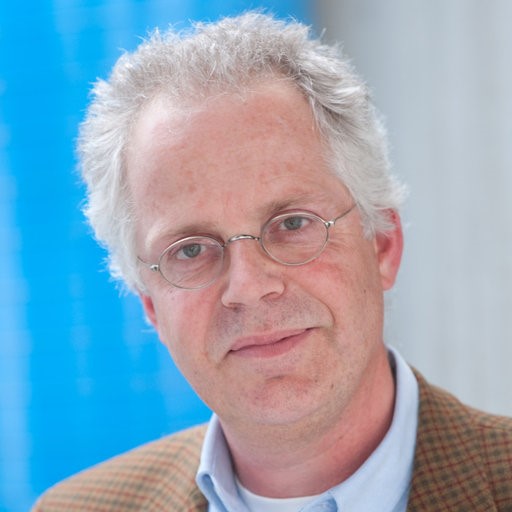 We can successfully treat HIV-infected individuals with multiple antiviral drugs, but we cannot cure them as the virus hides in certain cells from which it rebounds after therapy is stopped. A better description of this cellular reservoir has been the Holy Grail of HIV cure research for many years. We could confirm that HIV DNA is quite profoundly enriched in a very small subset of T cells that express the CD32a marker. This is surprising as CD32a is abundantly expressed and functional as Fcgamma receptor on e.g. B cells, but there is a very small T cell subset that also express this surface marker. Thus, cure approaches should be directed towards these CD32a-positive T cells. We developed the CRISPR-Cas technology for a direct attack on the integrated HIV DNA genome. The underlying mechanism of HIV inactivation will be discussed. We propose to develop CD32a-targeting lentiviral vectors that encode these optimized CRISPR-Cas reagents.

Ben Berkhout studied molecular biology at the Leiden University (1976-1981), and obtained his PhD in 1986 at the same university on a research project concerning the regulation of gene expression in RNA bacteriophages, in particular translational control by means of RNA structure. He performed postdoctoral research at the Dana Farber Cancer Institute of the Harvard Medical School in the field of molecular immunology (1986-1989) and initiated HIV-1 research at the National Institutes of Health, Bethesda (Department of Molecular Microbiology, 1989-1991). Ben Berkhout initiated a molecular virology research line in 1991 upon his return to the Netherlands and he has been at the Academic Medical Center (AMC) of the University of Amsterdam since then. He became Head of the Laboratory of Experimental Virology and was appointed as Professor of Human Retrovirology in 2002. Ben Berkhout is editor-in-chief of Virus Research, editor for several journals (Retrovirology, Journal of Biomedical Science, Journal of Biological Chemistry, Virology Journal) and editorial board member for many more. He successfully supervised 46 PhD students and was a member of 131 other PhD thesis committees. Ben Berkhout has published over 520 peer-reviewed manuscripts on diverse topics concerning HIV-1 replication (mechanism of transcription, reverse transcription, RNA-regulated functions), virus evolution (both as a research tool and the underlying molecular mechanisms of drug-resistance), virus discovery (human coronavirus NL63), new antiviral therapeutic strategies (RNA interference, CRISPR-Cas) and HIV-1 vaccine design (improved Env protein immunogen design and conditional live-attenuated HIV-1). His work received >18,800 citations and he has an H-index of 67. Ben Berkhout received the Retrovirology Prize 2008 for his pioneering research on the structure and function of the HIV-1 RNA genome.